Perhaps ‘choir’ is the wrong word to describe this group. There are no auditions and members do not profess to have outstanding voices, it is a group of friends who enjoy singing Plygain carols. The tradition of Plygain is a uniquely Welsh one and dates from the 17th century. The term ‘Plygain’ is derived from the Latin ‘Puli Canto’ or ‘Cock Crow’ as this service was held very early on Christmas morning, at any time between three and six o’clock. 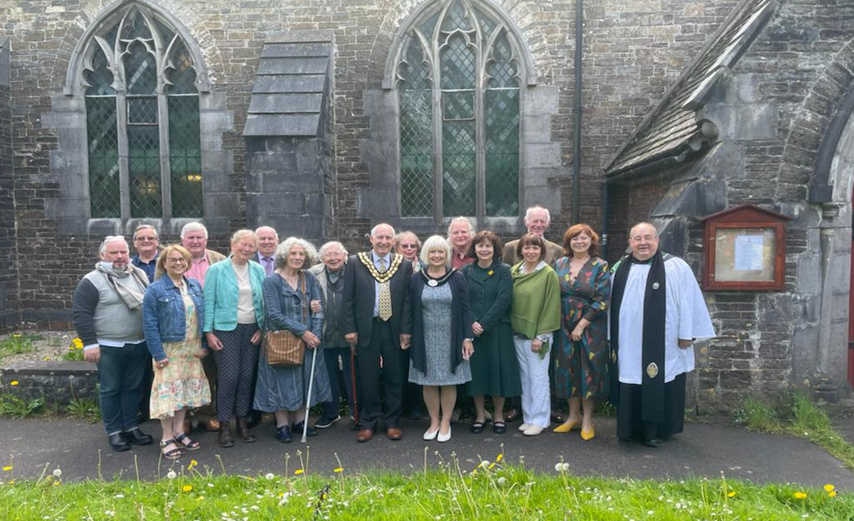 There are several variations on the word: pylgen, pilgen, plygan or plygen. The word is first recorded in the Black Book of Carmarthen in early Welsh manuscripts in the 13th century ("pader na pilgeint na gosber"). The carols are very different from the usual English Christmas carol tradition in that every Plygain carol includes verses on the Crucifixion and Resurrection of Christ in addition to his birth. In fact they have often been referred to as ‘Sermons in Song’. The Plygain was the only service in the church calendar to be held at night time, as the carrying of candles and torches lighting the procession leading to the church was a part of the Plygain tradition.

In rural areas, the locals would gather in local farmhouses to make a treacle toffee called cyflaith before making their way to church. In 1774, in Dyffryn Clwyd, it is recorded they lit the candles at two o'clock in the morning and sang and danced to harp music until the dawn service. In towns, or more populated areas, such as Tenby, crowds started the evening with a torch-lit procession, and the young men of the town would escort the local priest from his house to the church while the rest of the procession sang and blew cow-horns. Similar events were recorded at the same time in Laugharne and Llanfyllin.

The tradition fell somewhat into decline towards the turn of the 19th century although it remained popular in mid-Wales. In the last twenty years or so the tradition has been revived and Plygeiniau are held across Wales from the 1st December to Candlemass (2nd February). St Teilo’s Plygain is held on the last Sunday in January when groups from across South and Mid-Wales travel to Llandeilo to take part. The service is followed by supper in the church hall. During the Plygain season St Teilo’s group travels to other churches to sing in their Plygain services.

At 8.30 on a Saturday morning, traditionally on the third Saturday of each month, the men of the church, together with friends, meet in the church hall to enjoy fellowship and breakfast together. During the winter months a traditional cooked breakfast is served while in the summer it is usually a continental breakfast of cold meats, fruit, rolls and croissants. Occasionally a guest speaker will join the men for breakfast and then give a presentation. A sum of £5 per person is charged to cover the cost of the ingredients.

Once a month on a Wednesday the ladies of the church meet for lunch in the church hall. The lunch takes place after the 10.30 service. It is a light lunch of soup, bread, cheese and a pudding. The food is all provided by the ladies and the £3 charged for the lunch is donated to Tearfund, a Christian charity that partners with churches in more than 50 of the world’s poorest countries. It tackles poverty through sustainable development, responding to disasters and challenging injustice. During the lunch there is a bible reading and a prayer. Any ladies, whether they are church members or not, are welcome.

For over 20 years the church has organised a morning for pre-school children and their care givers. The children are able to enjoy playing, under the constant supervision of church staff and parents, with the excellent selection of toys which are provided and also join in singing rhymes in English and Welsh. The charge per family is only £2 per morning which includes a healthy fruit snack for the children and coffee and biscuits for the adults. 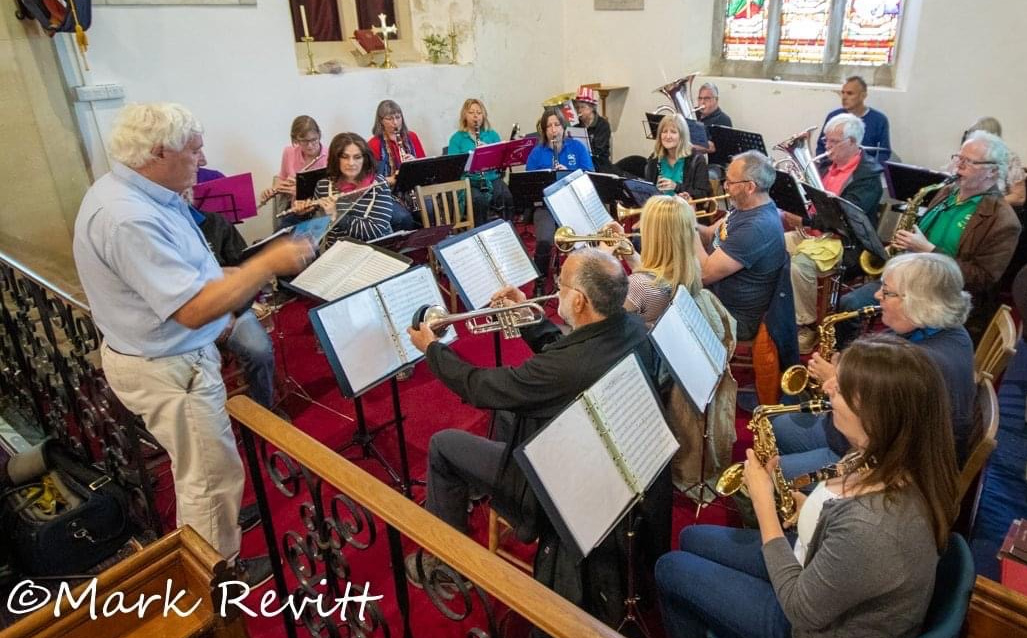 Llandeilo Town Band was established in 2012 under the leadership of John Morgan. It currently has more than 30 members and has established a development band for new learners. The band plays a wide variety of music from film/show music to Swing and popular medleys. Concerts have been performed in Llandeilo Civic Hall and also In the Victorian bandstand in Penlan Park. The band has also accompanied the congregation at St Teilo’s Church where it rehearses each Wednesday at 7.30pm. 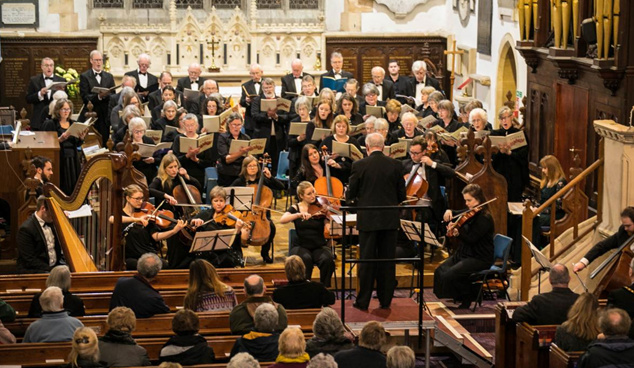 Llandeilo Singers rehearse on Monday nights 7.30-9.30 p.m. in St Teilo's Church. Founded in 1989 as the St Teilo Singers with Elwyn Jones as their musical director the choir continued under the dedicated leadership of Richard Whitehead for ten years until 2014, when Gordon Kilby took over and the choir was renamed Cantorion Llandeilo Singers. Gordon is now President and Artistic Director. In September 2021 Colin New became the new Musical Director and Conductor. 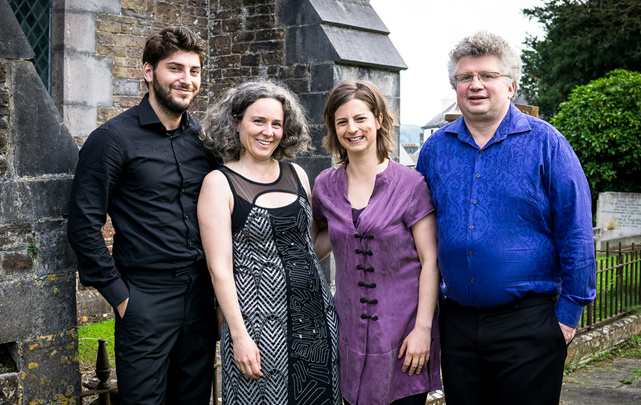 Since 2001 Llandeilo St Teilo’s church has hosted the week-long Llandeilo Music Festival in July. Since then the Festival has grown in stature year on year and has attracted musicians of world-renown, artistes such as Emma Kirkby (who said that the acoustics in the church are the best she has encountered outside a concert hall) Sir Thomas Allen, Catrin Finch and Stephen Isserlis, to name but a few. Its reputation has spread far and wide and audiences are drawn from Carmarthenshire and beyond. As well as attracting performers of the highest calibre to Llandeilo, through its coffee and lunchtime concerts the festival has provided a platform for talented local musicians. The festival organizers, as part of its musical education programme, arrange for artistes who perform at the festival, such as The Vidar Guitar Quartet and the BBC National Orchestra of Wales, to visit local schools to hold master classes. The inspiration provided by these sessions and the enthusiasm with which they are received by pupils are quite extraordinary. 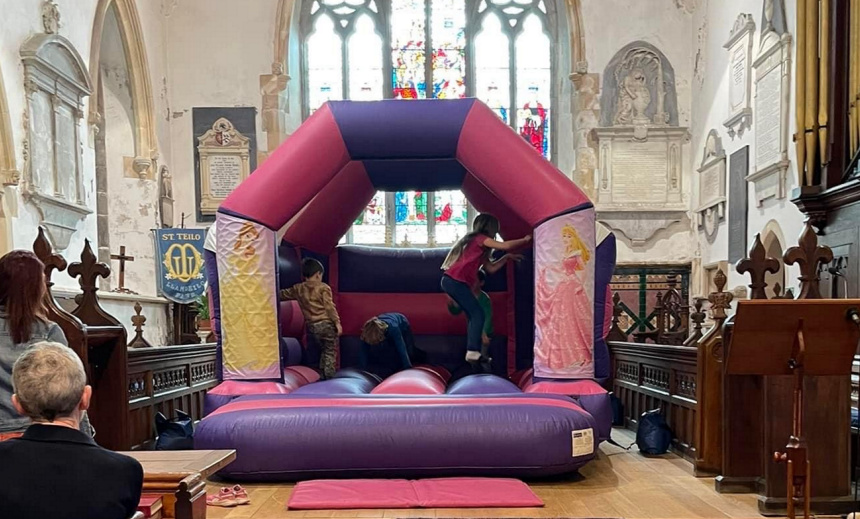 Party in the Park

When the Party in the Park on 4th June 2022 was in danger of being cancelled because of inclement weather the church stepped in and offered the use of its facilities. It was an unusual sight to see a bouncy castle in the chancel, the Town Band in the Lady chapel and a burger stall and old- fashioned stocks in the churchyard where children could throw wet sponges at the poor ‘prisoner’. It was less unusual to see various stalls and tea and cakes being served in the hall. The event, therefore, went ahead, if not as planned, but it was deemed by all to be a great success. The new church committee is eager to extend its links with the community and this was an excellent example of what can be achieved. The church is open to everyone and all are assured of the warmest of welcomes.

Church members visit school to share in assemblies and local schools use the church for special services. During Covid Ysgol Bro Dinefwr recorded pupils performing in the church to stream to parents.